About the Freestone Inn 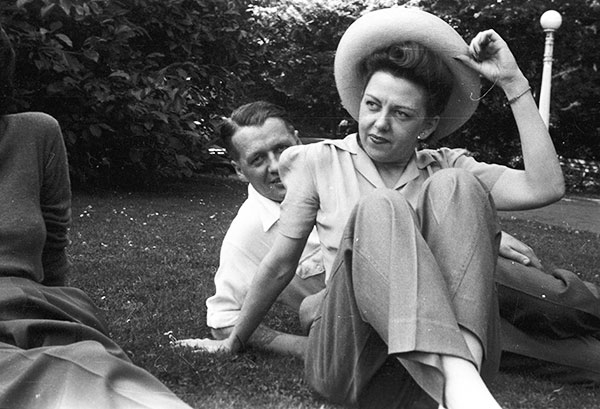 In the late 40’s, a fellow named Jack Wilson left his job on the Golden Gate Bridge and moved to the Upper Methow Valley with his new wife, Elsie. Together, they carved a ranch out of twelve acres of hardscrabble bottomland in a little-heard-of paradise called Mazama. Setting the tone for what was to become the Wilson Ranch Planned Development, Jack and Elsie built the six original Early Winters cabins and a stock barn, started a garden, and created a one-acre lake.

Jack then started a business taking visitors on packhorse trips, hunting, fishing, and camping in the North Cascades. His reputation grew and so did his following. Over the years, Jack’s expeditions attracted movie stars, politicians, and leaders from all over the world. All came for the natural beauty, outdoor adventure, simple times and good-natured hospitality that became his legacy.

Jack was a teacher. All who ventured into the wilderness with him mastered new skills. He saw to every detail of his guests’ comfort and safety; nothing was left to chance. And Jack was a mentor. Over the years, countless young men who grew up in the Mazama area helped Jack guide and care for his guests. Today, they’re grateful to Jack for teaching them about hard work and stewardship, and for fostering in them an appreciation of the stunning beauty of the North Cascades.

Above all, Jack had vision. He knew that his ranch stood at the gateway to one of the most special recreation areas in all of America. Although Jack did not survive to see his vision of an expanded, year-round resort become reality, he undoubtedly would approve of what’s become of his ranch. In 1996, the Freestone Inn was built on the lake Jack created so many years before. Today, that lake is the focal point of an outdoor recreation-centered community that was designed with utmost respect for its natural setting. In the short time since its opening, the Freestone Inn has achieved a reputation for excellence — winning a “Top 25 Lodges in America” award from Travel and Leisure magazine — and attracts guests from all over the world.

Jack and Elsie’s Early Winters cabins have been faithfully restored. Nine more in the same style were added. The stock barn was renovated for conferences and special events.

Your Home in the North Cascades